This is a story all about how my life got flipped, turned upside down…. for the better.

Last year was a little crazy. And when I say crazy… it was crazy wonderful, beautiful, different and full of uncertainty. I left a position in March that while I liked the meat and potatoes about it… I wasn’t so crazy about the organization factor and how out of touch they were with their people. I traveled (U.S. … globally is on my bucket list still). I learned… a lot about myself. I finished my bachelor’s degree & so much more…but one thing was rather meh. I found myself in a funk of sorts… the clutter at the center of it all was a serious understatement. 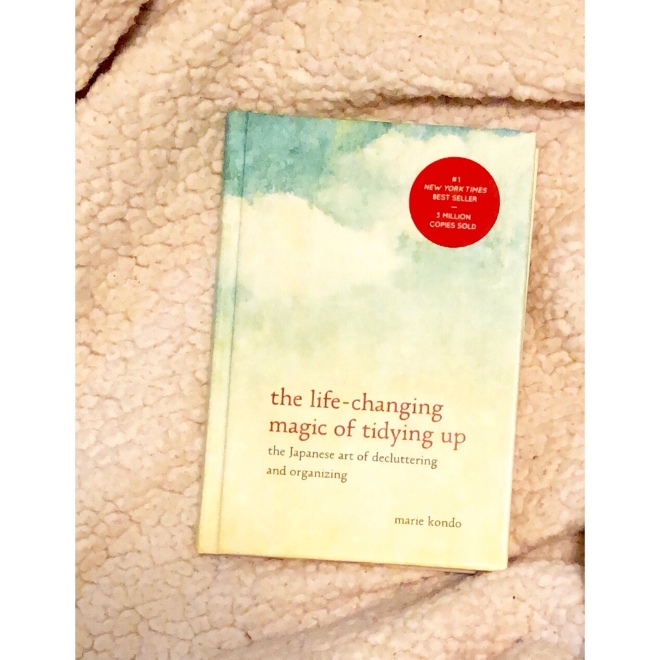 It all started with this book I decided to read The Life-Changing Magic of Tidying Up: The Japanese Art of Decluttering and Organizing

. It all made sense. So much so I decided to put it to use. We had a massive yard sale in September & made over $700 in a matter of two days. That doesn’t count the clothes and shoes that were donated to a local church.

Then came a Minimalism documentary I found on Netflix.

While I wasn’t totally crazy about the idea of throwing absolutely everything out of the house minus a couple things that were used every day and by that I mean 1 chair.. X amount of shirts and jeans etc. I found myself looking for a bridge between where I was and there.

I decided I wanted to attempt to go minimalist. Once again I did some research & embarked on a new challenge.

Here’s how it works…

Find a friend or family member: someone who’s willing to get rid of their excess stuff. This month, each of you must get rid of one thing on the first day. On the second, two things. Three items on the third. So forth, and so on. Anything can go! Clothes, furniture, electronics, tools, decorations, etc. Donate, sell, or trash. Whatever you do, each material possession must be out of your house—and out of your life—by midnight each day.

… so I posted on a Instagram post at the end of December. I found an accountability partner to keep me going in the meantime as well.

At first it was simple, out goes Tupperware and drinking glasses I hadn’t used in forever. Then came books I realized I would never read, movies I could look up online if I needed them, etc.

Some days I was at a loss as to what else to get rid of… I failed to realize how much I had gotten rid of in September. At the end I had made it. ALL 496 items, trashed or donated to Goodwill.

While I had always valued people over things, places over trinkets, etc. somehow over the years I had become quite a pack rat.

I cannot tell you how freeing it was to unload all kinds of kinds throughout the process. As it is the first day of spring today (and no you can’t tell it in Kentucky), I am about to embark on another week of spring cleaning, hoping to purge a bit more out of the house to be frank.

There’s just something so refreshing & yet renewing about downsizing & decluttering your life. It’s not just a physical experience but a mental one as well.

Letting go is freeing. Less is more. And there is so much beauty in simplicity.